How to use the imagination to erase trauma 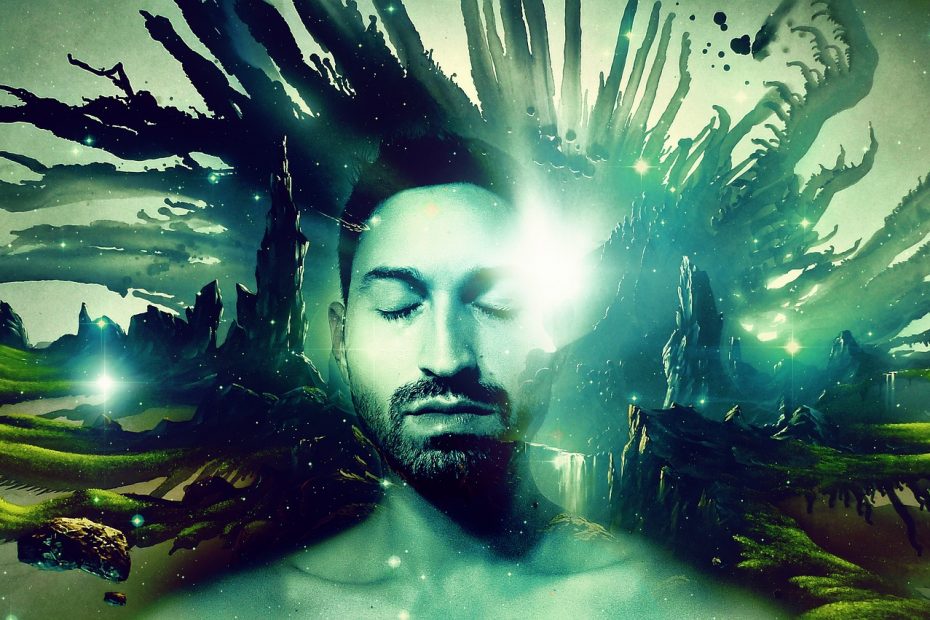 In this post, we will look at how to create mismatch information by using imaginal scenes.

The use of the imagination has an established history within therapy. Take the example below where a client, Kyle, was invited to step into an imagined scene that challenges his framework of acceptable masculinity.

This is not done in any ‘set-piece’ way. Instead, as part of a conversation, he is called upon to imagine something.

Therapist: So imagine how that would be, to walk up to your cousin, the boxer, as he openly sobs, and tell him “look at you crying, you’re not a real man.”

These informal calls on the imagination happen commonly in therapy conversations, and many others.

Whenever we ask a question such as “What would that be like?” we are calling the client into their imagination.

In a more structured way, there are techniques like chair work that is used in Gestalt Therapy and Redecision Therapy. Such approaches explicitly call upon the imagination of the client to communicate with people not actually in the room.

There is a technique within Narrative Therapy that invites the client to imagine that their problem is personified externally. The client no longer has a problem, but instead has a relationship with, say, The Anxiety Gremlin. They continue to use their imagination to think about its tactics and intentions, and other useful information.

Even the Miracle Question in Solution Focused Brief Therapy is a call upon the imagination of the client.

These calls upon the imagination of our clients are a key tool of therapy. Indeed, Human Givens therapists are taught that imagination is one of our innate human resources.

The use of imagination also has an evidence base to support its effectiveness.

In their book Attachment Disturbances In Adults, Daniel Brown and David Elliott outline a treatment path for working with trauma. This involves three key pillars:

The first of these pillars, the Ideal Parent Figure Protocol, uses the imagination as a source of self-parenting.

From that premise, the client is asked to imaginally experience a range of scenes. In these scenes, the ideal parent figures provide safety, attunement, reassurance, expressions of delight, and unconditional support.

I use an amended version of this protocol with my own clients, tweaked so as to meet the requirements of memory reconsolidation.

My own experience of using this approach with clients is that these visualisations are deeply powerful experiences. When the visualisation follows feelings of distress from their trauma, they can invoke the ‘mismatch and repeat’ necessary for trauma removal to take place.

For Brown and Elliot, attachment disturbance is the result of a person holding a particular internal map of attachment. These guided imaginal experiences, as they conceptualise it, update that attachment map.

A study by Parra, George, Kalalou and Januel (2017) investigated the effectiveness of this imaginal approach. Clients suffering from severe CPTSD were offered four sessions of therapy.

During these sessions, they experienced an Ideal Parent Figure visualisation lasting 16 minutes. Each was also given a recording of the visualisation to repeat at home.

They found that there was “a significant decrease in symptoms scores and increase in quality of life scores…with medium to large effect sizes.”

Although the Ideal Parent Figure protocol was designed as a longer term treatment, in this short time 20% of participants became securely attached.

These changes occurred even though the sessions were solely imaginal.

Goran Hogberg is a Swedish psychiatrist. He conducted a study into the use of imaginal reenactment with depressed and suicidal youth.

His protocol uses imaginal resources throughout. The imagination is used to:

As you can see, the imagination is doing a lot of work here. Sometimes it is used to revisit the past. At other times to reimagine the scene how the client wished it had been. Later to imagine becoming an empowering animal. Then to imagine a future where it all goes well. To bookend all of this, it is used to both create and return to a place of safety.

Using this protocol, the study treated 14 suicidal adolescents. Each was described as suffering post-traumatic symptoms and disturbed mood regulation.

13 of the 14 had lost their severe symptoms within 4 to 20 sessions. These changes were still in place when followed up 22 months later.

Hogberg’s study is an example of this kind of transformational change.

The Rewind Technique is an approach to working with trauma, especially individual traumas such as road traffic accidents.

The result is that clients who suffered anxiety, intrusive thoughts and flashbacks no longer do. They do not have to manage their symptoms as they no longer have symptoms to manage.

The technique itself has a number of variations. It has its roots in Neuro-Linguistic Programming (NLP) where it was known as the Visual Kinaesthetic Dissociation Technique.

Dr David Muss teaches a version of it. He wrote about it in the British Journal of Clinical Psychology in 1991. In this study, he used The Rewind Technique to treat 19 police officers who suffered from PTSD. The officers were followed for two years. It was successful for all officers and, crucially, none suffered a relapse.

Human Givens therapists also use a modified version of The Rewind Technique to treat PTSD and phobias.

The basic steps of The Rewind Technique are:

The client is invited to fully relax. They are then invited to watch themselves watching a TV that shows the trauma event. The aim is to help create distance between the client and the trauma.

The film begins before anything bad happens. So for instance, if there was a road traffic accident, it would begin with the client safely and happily in the car.

The film then shows the traumatic incident as it happened.

Once complete, the client imagines floating into the TV scene so they are in their own body, viewing things in the first person, inside the movie. They immediately rewind the scene. They experience moving swiftly backwards in time until they reach the safe beginning of the film.

This process is repeated until the client no longer feels any emotion or response.

Again, you will notice that this approach is entirely dependent on the resource of imagination.

Shona Adams and Steve Allan’s 2018 study into the Muss version of The Rewind Technique found an 87% success rate. Their other study in 2019 into the Human Givens version found that 91% of clients were either recovered or reliably improved.

Conclusion: Why it works

As you can see from these three example methodologies, the use of the imagination is a powerful tool for therapeutic transformation. Not only does it have an established history in therapeutic work, but a strong evidence base also.

It makes sense that it is effective, as the imagination works directly with implicit memory. In many ways, it is the perfect interface to the implicit memories we wish to access and change.

Implicit memory focuses on feelings. It holds our emotional responses, and the autonomic nervous system responses that show up in our bodies.

Given that our aim is to work with the implicit memory system, we can use the feelings of this system as a source of mismatch.

Of course, the therapist can discover mismatches with conversation. For example, we can use exception questions in order to tease out evidential mismatches. The client’s lifelong beliefs then get the chance to bump into some contradictory evidence.

Think of the client who believes nobody cares for them. They bump against the realisation that their friend cares for them so much that they stayed at the hospital with them. This new evidence is a source of mismatch.

As the client seeks to hold both truths in mind at the same time, reconsolidation may occur.

Yet a mismatch can also occur between feelings. First, the feelings generated by the original scene. Then, mismatching feelings that are generated by experiencing a new scene. The contradictory sets of feelings create a mismatch. The feelings of the new experience stand counterposed to the old.

There are just two ways to have a new experience. One is to literally have the experience. Yet this is not always possible. Even where it is, it can often take a while to occur.

A more reliable way to have an experience is to imagine it.

When we use our imagination, we inevitably trigger the kind of emotional or nervous system responses that are stored in implicit memory. Imagination can have us feel sad, excited or fearful. It can speed up the heart rate and dilate the pupils.

This may seem strange. But think of the last time you were engrossed reading a thriller. The squiggles on the page were invites to your imagination. As your imagination constructed the scene, your nervous system and emotional responses kicked in.

You are on the edge of your seat, eyes wide, urging the hero to escape the jeopardy. You feel disappointment and sadness when a much-loved character in the book dies. Even though they don’t really exist because they are purely fictional.

In the same way, we can use our imaginations to time travel forward to places of foreboding or excitement. The holiday we are looking forward to brings feelings of joy and happiness. The meeting with that awful boss brings us feelings of dread. Neither is happening at this moment, but accessing the imagination creates emotional responses and activates the nervous system.

Likewise, at some point, we have all woken from a nightmare with the heart pounding and coated in sweat. The nervous system is in full fight or flight mode, triggered by nothing but the imagination.

Conversational mismatches are valuable but can be hit and miss. We can spend a lot of time trying to discover mismatch information. With imaginal work, we can go ahead and simply create it.