What Is Polyvagal Theory? 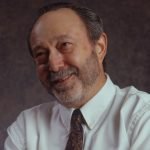 Polyvagal theory is the science of safety. It was developed by Dr Stephen Porges. It is worth noting that this is not a psychotherapy theory. Instead, it is biological fact.

Dr Porges was a medical researcher investigating premature births. He was studying the way the nervous system works in order to better predict which babies were most at risk.

In the course of his work, he developed an understanding of the autonomic nervous system and how it works. In particular, it describes the sensitivity of the nervous system to cues of safety and danger.

In this article, you will learn:

WHAT IS The Autonomic Nervous System?

As you are reading this article, there are a lot of things happening in your body that you are not aware of and not consciously controlling. By the time you have read this sentence, your heart will have beat several times. You do not directly control this. It happens automatically.

This, and other such biological processes, are directed by the autonomic nervous system. It is autonomic because it happens outside of your control. These nervous system directed responses are involuntary.

The nervous system happens to you

Another way of thinking about it is that the nervous system is happening to you. It acts independently of you. Most of the time we are not even aware of it. At other times we are very aware of it. A good example is when we feel unsafe.

The autonomic nervous system’s job is to keep you alive. It is a very old system and it is sensitive to threat. It will pick up the smallest cues of unsafety and respond to them. This is a good thing. After all, we evolved as a prey animal in an environment where there were many predators.

A nervous system that responds to threat is optimal for survival. We have all experienced feeling a lack of safety. In those moments, the nervous system takes over. It floods your body with chemicals like adrenaline and cortisol. It increases your heart rate to send blood to your muscles. None of this is in your control. It is happening TO you.

Why is this important? 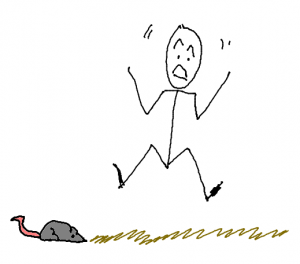 These involuntary nervous system responses happen when we feel unsafe. If we have experienced trauma, they will happen whenever our system picks up a cue that resembles the trauma. Often, the cue itself is out of our awareness. But our nervous sytem picks it up.

Suddenly, a whole host of processes take place that may feel like anxiety. Your nervous system is responding now as it did then. It assumes that this is the same situation as then, and it responds accordingly. It effectively hijacks your physiology in an attempt to make you safe.

If you have ever experienced getting a sudden fright, you’ll know what this process is like. You didn’t jump. Your nervous system jumped for you – long before you even began to process what caused the fright.

As a therapist, when working with trauma, your clients will experience this nervous system hijacking. It is as if they have a smoke alarm that is especially sensitive.

As much as we help people find cognitive strategies that are helpful, they are hard to access in the midst of a nervous system hijack. When we are under threat, the thinking brain is starved of resources. All systems are geared to escaping the danger.

It is a key goal of therapy to bring the nervous system to a place where it responds in the here and now.  When at that place, the autonomic nervous system becomes useful again, protecting your client in the way it was intended.

It is unfair to expect clients to control this hijacking because they cannot. They can befriend it, but even this is a management tool. It is like teaching someone how to switch the smoke alarm off repeatedly. But imagine having to manage your smoke alarm this way. It would get in the way of life.

Instead, our aim is to understand these nervous system hijacks, and restore the smoke alarm to a useful sensitivity level. In this article, I will share what Dr Porges says about the way these hijacks work.

In this section you learned that

The Three States Of The Autonomic Nervous System

Understanding the physiology of the nervous system 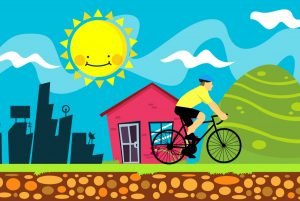 Our nervous systems can either speed up or slow down, a little like a bycicle. It speeds up when we move into fight or flight. This is activated by something called the sympathetic nervous system.

When we feel safe again, we slow down. When we slow down, this is due to the activity of the vagus nerve. The vagus nerve is a large nerve that starts at the back of the skull and wanders through the body reaching as far down as the colon.

We can also slow down when we feel overwhelmed, or frozen with fear. This too is as a result of the vagus nerve. Porges discovery was that the vagus nerve is divided into two functions, as explained below

When this system is online, we feel safe enough to enjoy the company of another. Our systems are able to get on with health and restoration functions in the body too.

When we pick up a cue of unsafety, the sympathetic nervous system kicks in. It will add energy to the body and we speed up. It will release cortisol and adrenaline. Your heart will beat faster to send blood to the muscles. All systems move to survival mode. It becomes difficult to think as clearly. The nervous system is preparing the body to overcome a threat.

If the threat is overwhelming or the danger too much, the body will move into freeze or shut down. This is the dorsal vagus, a part of the vagus nerve that goes down the spine to the stomach. This freeze or shut down is the body’s oldest defence mechanism.

– the autonomic nervous system either speeds us up or slows us down
– it slows us down by activating the vagus nerve
– the vagus nerve is split into two – the ventral (when safety) and the dorsal (when unsafe)
– the autonomic nervous system has three states: socially engaged, fight or flight, and shut down.
– the freeze is the body’s oldest defence mechanism and happens automatically, not by choice

The Role of the Nervous System In Trauma

Remember that these nervous system shifts of fight or flight and shut down happen TO us. We do not choose them. They happen involuntarily. Think of a person who is feeling terror and whose body moves into the panic of fight or flight. This is not a conscious act.

When you think of the bodily responses of your clients, you will be able to map them to these autonomic states.

Indeed, clients who experience some form of assault may have experienced their system shutting down or moving into a freeze response. Some such clients can feel shame that this was their response. Yet it wasn’t their response. It was their nervous system taking control as it is designed to do. It was not the person’s choice to freeze. 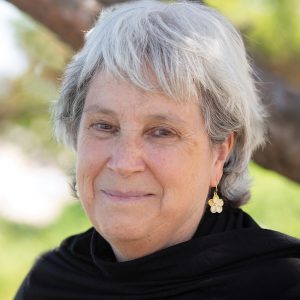 One of the fascinating elements of the autonomic nervous system is the impact it has on our thoughts. Deb Dana has a powerful exercise that invites a client to map their nervous system. For each state, they first decide on a colour. For instance, perhaps they choose green for socially engaged, red for fight or flight, and blue for shut down.

Next they describe what happens in the body for each state, and what emotions they feel. So for fight or flight they may write words like high energy, panic, scared. In shut down they may write numb, frozen, withdrawn.

The most interesting part of the exercise is when they describe their thoughts from each state. They are invited to finish these sentence stems:

It is a good demonstration of how our belief systems shift along with our autonomic state. In the rush of panic, we see the world very differently to the calm of safety. It implies that changing what happens in the body will naturally change the beliefs.

When someone has experienced trauma, things that resemble the traumatic event will trigger the nervous system and so shape the beliefs and story of that person.

Imagine if we could ensure that the traumatic event no longer triggered the nervous system, but that it stayed in the calm of the here and now reality.

Trauma is in the body

This is why it is so important to work directly with the nervous system in therapy. Our thoughts, beliefs and actions are driven by the power of these autonomic nervous system responses. It is why trauma therapists like Peter Levine, Bessel van der Kolk and Pat Ogden speak of trauma existing physically in the body, not just psychologically.

How can we work directly with the nervous? By using the recent neuroscientific discovery of memory reconsolidation. Click here to read the article “What Is Memory Reconsolidation?”

In this section you learned that:

– the responses of our clients can be mapped to each autonomic state
– trauma can sensitively trigger these states even when the here and now situation is safe
– our beliefs and story echoes the state we are in, so that story follows state
– it is important to work directly with the nervous system when working with trauma

In this article, you have learned:

You are now aware that the nervous system happens independently of our conscious choice and hijacks us in service of our survival. You know that there are three physiological parts to the nervous system. They map to feeling socially engaged, being in fight or flight, or being in freeze or shut down.

If you want to learn more, read the article on Memory Reconsolidation – a new discovery of neuroscience that revolutionises trauma treatment.