What Is Memory Reconsolidation? 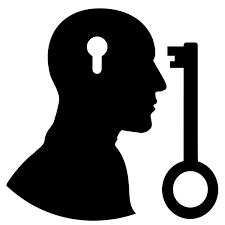 Memory reconsolidation is the only known brain mechanism that erases trauma responses from traumatic memories.

As such, unless other mechanisms are discovered, permanent transformational change implies that memory reconsolidation has taken place.

The process of memory reconsolidation was only discovered within the last 20 years. It was once thought that a traumatic experience and its responses are locked in memory and so not changeable.

This makes a kind of sense. Why would the brain want you to lose that learning? If there is an alligator in this river, it doesn’t want you to forget that!

Indeed, the brain is very reluctant to let these memory responses go. It keeps hold of them very tightly, as any therapist can testify to. But there is a difference between locked and held tight. Neuroscientists have demonstrated that, in fact, trauma responses can be rewritten.

In this article, you will learn

The impact ON psychotherapy 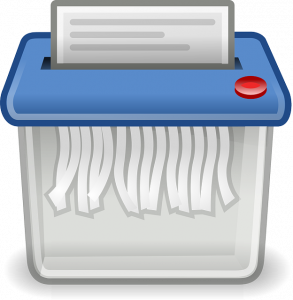 The impact on psychotherapy is enormous. It means that, by following the exact process demonstrated by neuroscience, we can help clients literally erase trauma.

This is a paradigm change in psychotherapy. It represents a shift from counteractive change to transformational change.

Counteractive change helps the client to manage the trauma responses. In brain terms, it builds and strengthens an alternative brain pathway. This helps the client have another option. But the old responses remain. Change does happen and it does improve the client’s life. But the change requires active management and maybe ongoing exercises to strengthen the new path. Relapse is common. In times of stress, the original trauma response is still available.

Transformational change, of the kind that happens with memory reconsolidation, works differently. It does not build a new pathway. It overwrites the original.

A person whose autonomic nervous system would go into fight or flight mode in response to a specific trigger no longer does.

Because the trauma brain pathway has literally been rewritten, the initial set of trauma responses no longer exist. As such, the change is permanent – there is no old pathway available. Similarly, the change does not require maintenance exercises, as the client is no longer needing to strengthen one brain pathway against another.

The old trauma responses are literally erased. It is like expecting to still be able to hear an old song on a cassette tape that was recorded over. You can’t. It’s gone. Every time you play that cassette, you can only hear the new song.

What memories are changed? 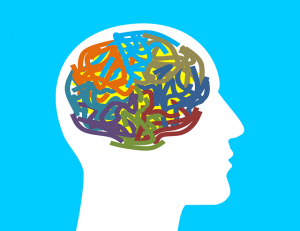 Memory is stored twice. We have a story memory and a feelings memory. The story memory is the sequence of events. “I did this, then I said that, then I went there.” This is not changed by memory reconsolidation. You will still know and remember that the event occurred.

The feelings memory is stored separately in the limbic system of the brain. This contains the emotional learnings and autonomic nervous system responses to the trauma. It is only this aspect of memory that is erased.

The result is that the client will know what happened to them, but no longer has the distressing responses or beliefs.

– how transformational and counteractive change are different in the brain
– that autonomic nervous system trauma responses can be literally erased
– why relapse doesn’t happen with memory reconsolidation
– story memory and emotinal memory are stored separately
– the client will know that the event happened, yet will lose the distressing responses and beliefs 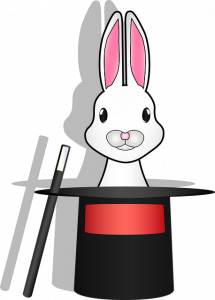 A good analogy of how it works is to think of a magic trick. Such a trick has 3 steps:

The 3 steps of a magic trick

The magic trick applied to trauma

Memory reconsolidation is not a magic trick of course, and the therapist is no magician. This is a brain mechanism. It is simply how the brain works in order to be able to rewrite old trauma responses. Nonetheless, these same 3 steps occur:

In this moment of surprise, the brain has a 4 to 5 hour window where it can be rewritten with new emotional and autonomic learnings.

Following the findings of the neuroscience research, Bruce Ecker describes the steps necessary for memory reconsolidation to occur. He describes it as ABC-123-V. 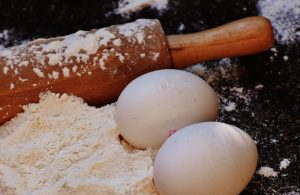 ABC represents the preparatory work between the therapist and client. Together, they discover what old learnings are to be changed.

A – discover what the client wants to change. This will often be a mix of beliefs and autonomic nervous system responses. For instance, anxious feelings in situations where they may expect to talk to other people.

B – discover the underlying emotional learning that produces the problem. For instance, a belief that they will be mocked when they talk, just like Dad used to mock them.

C – discover a way to help the client have (or notice) an experience that contradicts B. For instance, being praised and accepted when they talk.

The contradiction aspect is important. It is this contradiction that breaks the brain’s standard prediction and makes the ‘magic trick’ possible. The rabbit will be in the hat…..the rabbit is NOT in the hat???!!!! 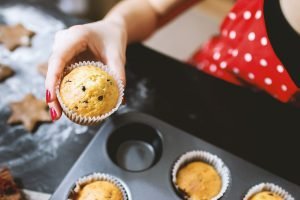 Once this preparatory work is done, 123 performs the memory reconsolidation itself.

V – Verify that it worked

V is for verification. Life is the best verifier. If the memory reconsolidation mechanism has worked, the client will notice that the initial issue, including all of its bodily responses, no longer occurs.

In this section you learned that:

– like a magic trick, surprising the brain is key to memory reconsolidation
– when the brain’s prediction is broken, it becomes rewritable again
– the therapist’s role is to help the client discover the issue that is producing the problem
– an experience that contradicts the old learning is key to transformational change
– the old learning is reactivated followed by the experience of the contradiction

Memory reconsolidation is not a model

It is worth noting that memory reconsolidation is not a model but a mechanism. It is the process by which the brain becomes rewritable and allows for new learning to erase the old.

No matter your model, you can adapt it to ensure that you are intentionally seeking to trigger memory reconsolidation. 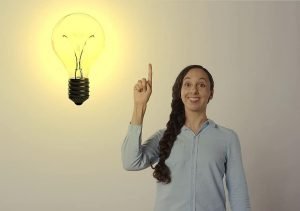 The contradiction experience can be a light bulb moment that occurs through conversation. For instance, two known pieces of information bump together in a way they hadn’t before.

Client: My problem is that I’m useless at interviews.

Therapist: That sounds tough. How did you get your current job?

Client (lightbulb moment): I had to do an interv…. oh!

Yet I often prefer to simply create the contradiction experience with the client. We do this by together constructing a new version of the scene.

The goal of the new scene is to provide all the feelings that the client needs to emerge from that experience with. Then the client gets the chance to experience it through imaginal reenactment.

There are, after all, only two ways to experience something: one is to have the experience, the other is to imagine it. Thankfully, the limbic system responds to both.

By imaginally reenacting the scene in the client’s favour, they get to emerge from the scene with exactly what they need. New learnings and nervous system responses are generated as a result.

In this article, you learned

You have learned that the new discovery of memory reconsolidation has the ability to produce transformational change. The change is transformational because it literally overwrites trauma responses with whatever the client most needs instead. Like a cassette that has been overwritten, the old song has gone. When the cassette is played, only the new song is possible.

You saw that it follows the step of a magic trick. There is a brain expectation, a bridge event (the therapy), and an experience of surprise that allows the new learning to be written. You learned Ecker’s 7 steps for memory reconsolidation. This provides a road map for triggering this brain mechanism.