If Batman Came To Therapy 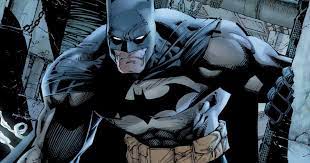 As I have written elsewhere on this site, there are many ways to do imaginal work so that memory reconsolidation can occur. The Ideal Parent Figure Protocol, Goran Hogberg’s Four-Way Processing, and The Rewind Technique are just a few of them.

In this post, I will talk you through the preparation step for an approach that I developed to trigger memory reconsolidation.

It is the imaginal technique that I use most with my clients. This is a protocol for imaginally reenacting painful events so that they are reimagined in the client’s favour.

But in order to reimagine a scene, we first have to identify one that feels relevant to the client. So how can we do that?

I help clients find a scene by asking a question that I call The Movie Question.

The Movie Question supposes that the client’s current struggle is a movie and they are the hero of it. Naturally, the director of the movie wants to show the audience how the hero got to this point.

Let’s say that the hero believes that nobody truly cares about them. The audience needs the movie to show a few scenes that reveal how they came to believe that.

Almost all movies show these origin stories. Think of Batman. Why does it make sense that Bruce Wayne, a wealthy businessman, is a vigilante crime fighter by night?

In the movie Batman (1989), we see the young Bruce Wayne emerging from the cinema with his parents. We see them walking along a darkened street together, still smiling and sharing popcorn. Suddenly two muggers emerge. A struggle ensues and both of his parents are murdered in front of him.

Now we get it! No wonder he isn’t just enjoying his millions. No wonder he feels compelled to spend his nights on the streets fighting crime as Batman. It all makes sense.

The Movie Question asks: In the movie of your life, what are the scenes that we could show the audience that would help to explain your current struggle?

Often the client will identify more than one scene. It is a good idea to ask for scenes (plural) rather than to ask for a single scene. This subtly invites the client to come up with more than one, which adds to their sense of choice and control over the process.

looking past the problem

Our focus as therapists is not the problem itself. Instead, we seek to discover why it is so essential to keep hold of the problem.

For instance, when working with a client who is tormented by guilt, we may be tempted to focus on the guilt. Instead, we seek to discover their “monster in the corridor”. We want to discover why it is so emotionally necessary to keep hold of the guilty feelings.

Likewise, a client named April feels isolated and alone. Our discovery work revealed that she does not reach out to friends when she is struggling. We learned that this is because she believes that nobody truly cares for her.

Her single sentence identifying this was:

So with April, we are not asking for a movie scene that shows an explanation of her aloneness. Rather, we are seeking more precisely to find scenes that explain how she learned to believe that nobody truly cares about her.

With Bruce Wayne, we are not asking for a movie scene that explains why he fights crime every night. That may often get us some of the way there, but it relies on the client to make that leap.

Rather, we are asking for a scene that tells us how he learned that enjoying himself results in losing the people he loves most.

This gives us richer detail. Now Bruce tells us how he connects the murder of his family to the fact they had spent an enjoyable evening together. He is able to describe this scene in terms that are more psychologically revealing.

This scene is no longer just about the event of the traumatic murder. It is the moment he learned his psychological stance: enjoying oneself is something we pay for.

It makes sense that he won’t allow himself enjoyable evenings, even though this is what he wants. Another part of him forbids it – and it makes sense why.

Therapist: What scenes might the director include that would show how your nervous system learned this response?

distance and power for the client

The Movie Question is useful because it provides some distance for the client. They are able to separate their movie character version of self from their actual self. This separation allows clients to reflect more easily.

In my experience, clients like this idea of their struggle being the story of a movie. They understand how, in movies, the hero’s struggle must make sense – and that we get to discover how.

This all helps to re-establish the basic stance of our work – you are not crazy, this simply makes sense somehow – so let’s find out how.

As such, clients come up with candidate scenes very quickly. It is common to end up with a handful of scenes.

Next, we imagine that the director can only include one of those scenes in the movie.

If the client were to pick just one scene to best explain the hero’s struggle, which scene do they feel is most impactful?

Notice the amount of choice and control the client has over this entire process. Not only are we leaning on their wisdom the whole way through. We are providing a framework that gives them the power of choice over the process.

We now have a scene that, in the client’s view, best explains the dilemma that stands in the way of the change they want.

We can together use that scene to create something new and genuinely life-changing.