The importance of experiential therapy work – and how to do it 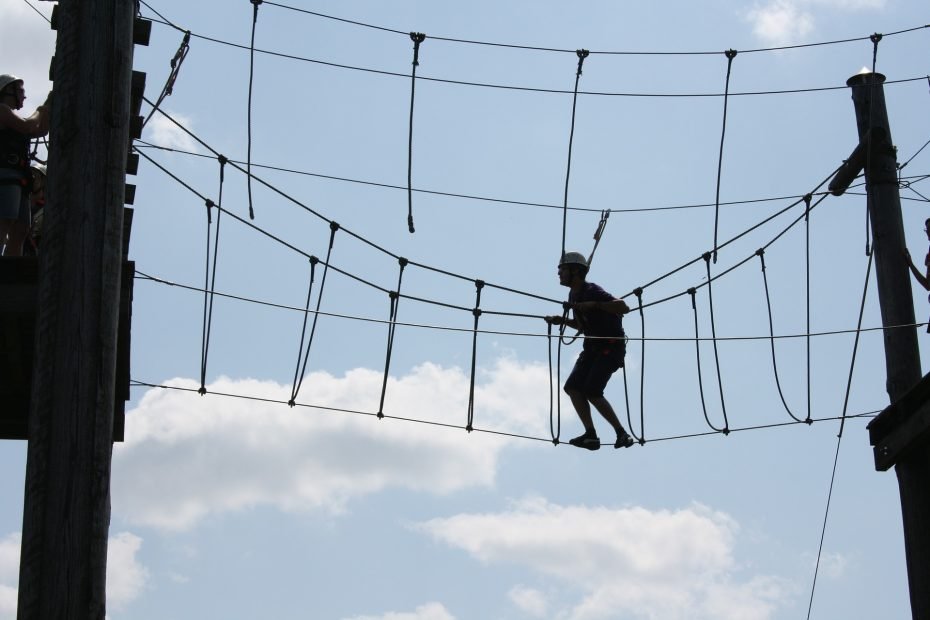 To trigger the brain’s in-built mechanism for change, it must have an experience of mismatch. An old prediction is broken. There is a lightbulb moment of surprise. The learning is updated in such a way that the old prediction is overwritten.

Predictions are based on a formula of “if this then that.” Core beliefs manifest as predictions that impact behaviour. A sense of worthlessness, for instance, can manifest as “If I let others get to know me, they will see how awful I am.”

A mismatch is where a person has an experience of the opposite being true. To take a non-psychological example, the belief that all dogs can fit into a handbag will not survive the experience of a visit to Crufts Dog Show.

In this article, I will provide three ways to know that you are working experientially.

That cue of danger will occur when we seek to override some of those predictions. Of course, some predictions are not threatening. For instance, when I flip the light switch, I predict that the light will go on. So I do it without thinking and without a nervous system response.

Yet if it was a dodgy light switch that gave me a small electric shock last time, my nervous system would activate as I move my hand towards it.

We carry many predictions about danger. Some of these predictions are true and keep us safe. An example is the strong nervous system response that kicks in if we get too close to the edge of a cliff. (See another example in this movie.)

Others were formed during childhood or other moments in our life history. They were true then, but circumstances have changed. Nonetheless, just like the edge of that cliff, the nervous system will respond as if the old prediction is still valid.

When asking clients to describe the problem they wish to overcome, I like to know what they want instead. I invite them to imagine taking steps towards what they want. This will often activate the nervous system.

We move beyond the merely cognitive into the world of the felt sense. We learn the autonomic response that gets in the way of what they want to achieve. It gives us a window into the core fears that drive the nervous system’s refusal to let this change happen easily.

It uses the imagination

The example above evokes the felt sense of the nervous system response.

It was achieved by asking the client to imagine taking steps towards what they want. Imagination is a key tool for experiential work.

Here, imagination was used to discover the bodily response that blocks easy change. Exploring this further can lead us to the predictions that the nervous system is operating from.

Likewise, when it comes to the mismatch, imagination is a key tool to keep the work experiential. The brain needs an experience of mismatch, not a lecture that the mismatch exists.

Using imagination is not necessarily about creating new experiences that never originally happened. That can be a powerful way to use imagination, and I describe one such road map for imaginal reenactments here.

But imagination is also vital when exploring exceptions that are taken from real life. Exception questions help us to search for parts of a person’s story that contradict the nervous system’s prediction.

Let’s take a client called Bobby. His prediction says: If I say no to a friend’s suggestion then they’ll hate me.

We might say: Tell me about a time when you managed to say no and it went okay – the friendship continued and there wasn’t a problem.

The client will usually describe such a time. Using imagination to connect to these experiences in a felt sense allows an experiential mismatch to be possible.

For instance, notice this from the therapist to Bobby:

So connect for a moment to that old prediction that says “if you ever say no to a friend, you’ll lose that friendship.” Really connect to how that really feels true to you, and has felt true for a long long time.

Keep feeling that while you acknowledge too that this other experience has occurred, where you said no to Don’s suggestion and everything was fine.

As you keep feeling the truth of that old belief, go back to that scene with Don and replay what it was like to hear his suggestion, to notice yourself saying no, and re-experience what that is like as he is totally fine with that.

Here, we invite Bobby to experientially inhabit both truths at the exact same time. First, to feel the ‘truth’ of the old prediction while simultaneously reimagining the truth of the actual scene with Don.

This is an experiential mismatch because both cannot be true. It is the psychological equivalent of that visit to Crufts. Notice how the imagination and the felt sense are used together to create that experience.

knowing when you are no longer experiential

Be aware that the mismatch is the client’s to find. The therapist’s role is to set up an experience that makes the experiential mismatch possible.

It is a common mistake amongst therapists who newly encounter the steps of memory reconsolidation to become lecturers. In the excitement at finding a mismatch, it is tempting to become the opposing barrister.

Yet this is not an experience and so is less likely to create the kind of mismatch that triggers the brain’s mechanism of memory reconsolidation. Even the best barrister in the world won’t be able to debate you into a genuine feeling of safety.

Compare this response to Bobby with the experiential one shown above:

This is unlikely to generate a mismatch experience. If you notice yourself becoming the barrister, take note and change your stance.

Another way to notice that you are not working experientially is when the client is talking about the issue. When we talk about something, it is a clear sign that we are not in it.

Take the example of Don accepting Bobby’s no. If Bobby talks about it, he is an outside observer recounting the tale. “Don asked if I’d go with him to the cinema but I was exhausted and said no. He was fine about it.”

Any outside observer could be telling that story – only the pronouns would change.

Talking from the experience is different. It puts Bobby within the moment. He re-experiences it through imagination. Once again he feels the initial scare of Don’s request. He experiences himself saying that he is exhausted and saying no. He experiences Don being completely fine.

This is not to say that the entire session needs to be experientially immersive. Some ‘talking about’ is useful. Indeed, there are also times where we will intentionally create some experiential distance too, depending on the client’s tolerance.

Yet when we aim to be experiential, it is useful to know when it isn’t happening.

Let me close by sharing one of the most useful tools to help discover the prediction at the core of the problem.

Invite the client to imaginally be in the situation they wish to change and talk directly to those before them.

Let’s take Bobby’s case where he finds it hard to say no. He may identify being unable to say no to requests from a work colleague, Jane. I invite him to imaginally step into this situation that may come up in his life.

In the experiential “from” (rather than the “about” position), we can then ask Bobby to put language onto this felt experience. For instance, I might invite him to connect to his feelings and finish the sentence: “Jane, if I say no to you now, then….”

Bobby might say: “Jane, I’m feeling really scared now. I want to say no to you but I’m scared that if I do that you won’t speak to me again and everything will feel awful whenever I come to work.”

We can then continue exploring from the experiential position, inviting him to put language on the feelings that emerge in that experience. As an improvised example:

Therapist: So keep talking with her and tell her – “and that awful feeling of showing up each day knowing that you’ve cut me off and having to navigate that, it reminds me of…”

Note that the above therapist response is not a paint by numbers to follow each time. It is, of course, a dance with the client. But this experience of placing language on what is going on, gently exploring, helps the client to link the felt sense to the core prediction.

It is a technique used by Bruce Ecker which he refers to as “overt statements.”

From this position, clients consistently amaze me with how quickly they land upon surprising and unguessable insights that prove fundamental to our work.

We can notice those times when clients steps out of the experience because they will begin talking about it again. If they are comfortable doing so, we can reinvite the client back into that ‘talking from’ state again.

Transformational change is possible because there is an innate brain mechanism that produces it. Like any physiological mechanism, there are steps that are needed to trigger it.

The brain requires a mismatch experience in order for old traumas to become rewritable. It needs a repeat of that experience for the trauma response to be erased for good.

As such, experiential work is at the core of what the brain needs in order to produce this transformation.

The 3 steps of memory reconsolidation are to identify the problem, find the core prediction that keeps the problem alive, and then experience a mismatch that reformulates the old prediction.