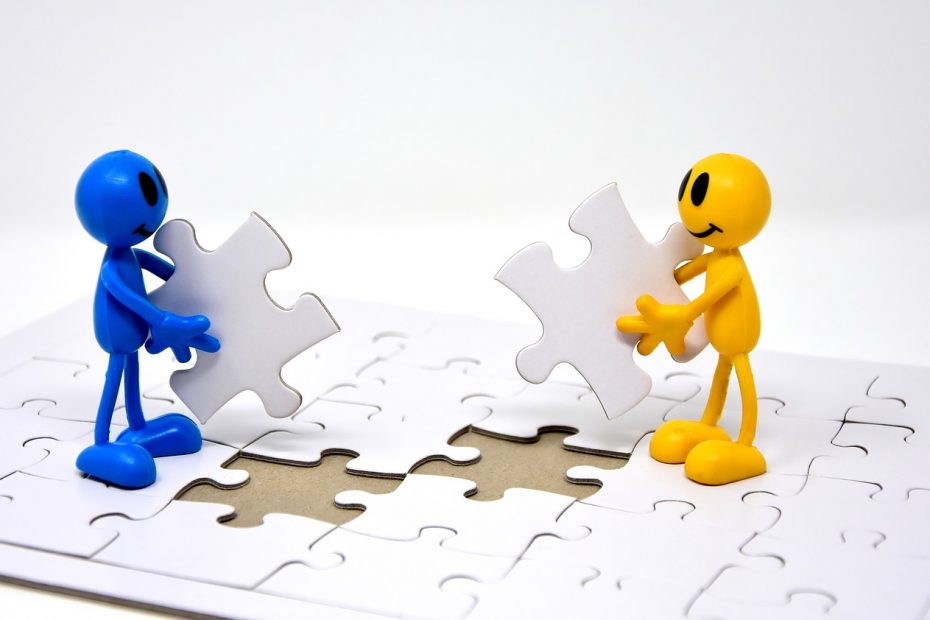 It took the young woman a good while and a lot of effort to climb thirty-five feet. There were several ladders, one after the other. But she wanted to get to the top.

She was determined to dive into the swimming pool from the highest diving board. She was so determined that she travelled step after step up the many ladders until she had reached the top of the tower.

Finally, she stood on the large platform that overlooked the swimming pool. It was only then that she realised just how high she was.

She walked tentatively forward. A strangled, scared noise emerged from her throat.

She moved closer to the edge of the diving platform, more tentative with each step. She looked all the way down.

THe Impasse of Change

Involuntarily she takes three steps back again. She is here to jump. She has put a lot of energy into climbing to get up here. But now she is here, something else has taken over. She notices a force pulling her away from the edge.

She fights it of course. Her intention is to jump from the diving board. She steps forward again and looks down at the pool below. Thirty-five feet below. Yet she does not jump. Instead, she steps back again and bends over as if winded. She blows out hard. Her level of anxiety is palpable.

She steps forward again, this time more determined. Until she reaches the edge and again, this other force freezes her and prevents her from going further.

She gathers herself and braces herself for a renewed attempt. Yet once more, her own nervous system will not permit it.

The Power of the nervous system

These scenes are taken from a 2016 film called Ten Meter Tower. It lasts just over 16 minutes but is worth a watch.

It demonstrates the power of the nervous system in stopping us from doing the things we say we want to do.

When clients tell us the changes they desire, they tell the truth. But if their system believes it is a threat, this powerful involuntary force will fight against them.

When working from a memory reconsolidation perspective, it is our job to discover the predictions that stop the client from getting what they want. When these blocks are removed, change is easy and mundane.

For instance, when I am thirsty I get a glass of water. When I am hungry I make a sandwich. When I want to read at night time, I switch on the light.

All change is easy unless it isn’t. When it isn’t, the block is often a prediction that fears some kind of threat.

For these wannabe divers, the nervous system sees threat at the height of the diving board. Even though there is a swimming pool below, it is a long way down. The nervous system intervenes in the service of their safety and survival.

Memory reconsolidation requires the discovery of such target learnings. When these learnings are erased, it becomes easy for the client to get what they want.

The responses of the nervous system, the emotions we experience, and the bodily sensations that show up for us are all examples of target learning.

The power of these feelings and responses can act as an urgent STOP sign when we seek to make the change that we most want.

When the nervous system notices that the current situation resembles the unsafe moments in our history, it intervenes. It plays out the responses and feelings we experienced then.

After all, they were successful. They got us through threat and danger so that we survived. Why wouldn’t the brain seek to replay this tried and tested response?

This is why people will suddenly feel anxiety as if from nowhere. Or a panic attack out of the blue. The sophisticated nervous system notices that something in the now resembles back then. The old responses kick in.

When we seek to do something that wasn’t safe for us back then, we are like the divers frozen on the diving board. We long to do it, but the nervous system stands in our way. It believes that this new behaviour is still a threat today. So naturally, it prevents it.

Think of the man who complies with everyone because as a child he dare not defy his father. The woman who still people pleases and subjugates her own needs as a desperate attempt to win scarce love. The worker who wants a promotion but never applies for the job – because it’s safer to be invisible.

When they seek to break this old programming, they become the divers on the diving board. Their nervous system, in a zealous attempt to protect them, stands in the way of the very change they want.

These feelings – the nervous system response, emotions, and bodily sensations – are the target learnings to be erased. The nervous system’s responses are vital for our safety and survival of course. But when its predictions are so outdated as to be no longer useful but damaging, they can be changed.

These feelings are the target. Without these outdated feelings, the change would be easy. The mismatch will be the opposite feelings that meet their needs.

The benefit of working imaginally is that we can simply create these mismatches. We can use imagination to generate the new, positive feelings.

There is perhaps an infinite number of ways to do this. Many therapies already use the concept of creating a “calm scene” for instance. The Ideal Parent Figure Protocol creates imaginal ideal parent figures to meet the client’s relational needs.

I incorporate many of these approaches into my own practice. Yet one approach that is consistently reliable in my work is imaginal reenactment.

Imaginal reenactment finds a scene that represents the old learning. For instance, it may be a traumatic scene from childhood. We then go through a specific protocol to imaginally reenact that scene in the client’s favour.

Imagination creates feelings. By using the imagination to give the client what they need, the new feelings generated become mismatches.

The client experiences something that, at first, looks like a bad scene, but instead provides the client with exactly what they need. The system expects this trigger to produce distressing feelings. Instead, it produces deeply positive feelings.

We need not wait for mismatches. We can actively create them.