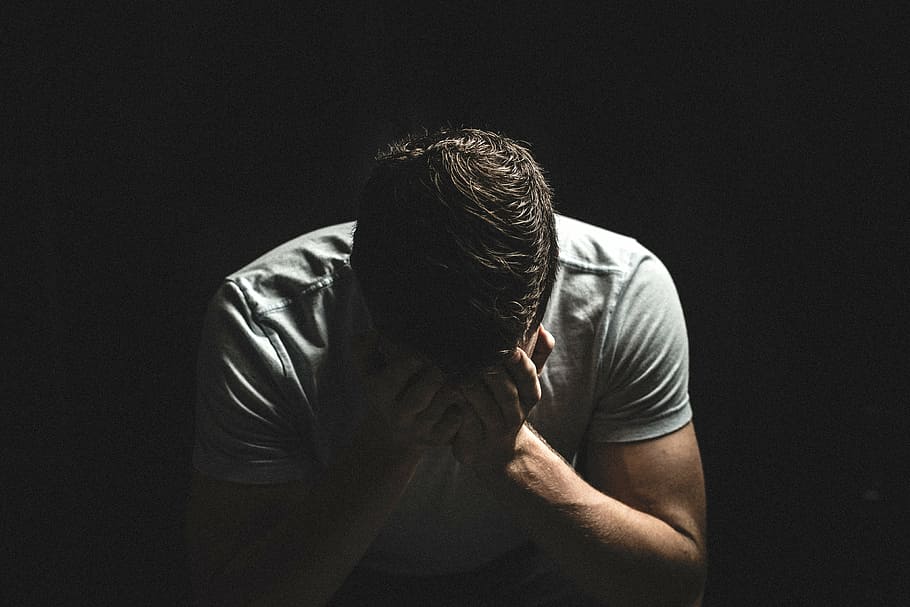 In this article, I will outline a case study showing the memory reconsolidation process in action. You will see that it created permanent change without relapse.

Memory reconsolidation is triggered by finding the target learning to erase, setting up a mismatch experience for the client, and repeating it.

In this case study, I will cover:

The names and key details are changed in order to protect confidentiality.

Darren is a young man in his early 30s. He is in a relationship that he values with his long term partner. They live together. He has permanent employment in a retail environment.

He came to therapy as he found it difficult to stand up for himself. In particular, when a situation arose that needed him to put his side of the story, he would break down in tears. These were not necessarily high conflict situations and he was breaking down several times a day.

He felt frustration and embarrassment that he would repeatedly cry all of a sudden. Yet he felt unable to exert any control over it. It was as if he was hijacked in the moment.

He felt put upon and unable to defend his own boundaries. As a result, he was being dragged into projects at work that he didn’t want to do and his core work was beginning to suffer. His partner was also growing frustrated and it was putting a strain on their relationship.

As we talked more, Darren noted that his tears were not because he felt upset but because he felt nervous. He believed that he was not allowed to do anything wrong. Any time he may be seen as stepping out of line, he would be gripped with terror that something bad would happen.

He described the bodily responses that showed up for him. His chest would get very tight. His throat would close over. He panicked trying to get his words out. In the panic and frustration, he would begin to sob uncontrollably.

As he connected with these bodily sensations, he noticed that his tears were the frustration of not being heard. As his throat tightened, his struggle to effectively communicate led to his crying.

As we dug deeper into these sensations, he confirmed that this was not a new experience, but had been with him for many years. Together, we timelined when these responses first showed up. I asked him to get in touch with the feelings and notice what feels similar in his past.

I asked questions like “Was it there at nursery school?”, “Was it present at junior school?” until Darren was able to notice when these sensations first showed up.

He spoke of being bullied in school and how it was missed by the teachers. One day, a teacher finally did notice. Unfortunately, she mistook what was happening and blamed Darren.

The bully was let off and, instead, Darren was rebuked and punished. He did his best to get his words out to explain the situation to the teacher. But she refused to hear him. In his frustration, he broke down in tears.

All the sensations that he felt in adult life were present in that moment – the tight chest, the closed throat, an inability to be heard, the panic, the frustration and the tears.

He formed the belief that “if I step out of line and stick up for myself, something bad will happen.” He felt scared, unsafe, and unable to defend himself from the bully or the teacher.

With Darren’s permission, I chose to create an imaginal mismatch experience. I began by asking Darren what he wanted to feel instead. If the same experience had gone how he needed it to, what would he like to feel in this new version?

With this end in mind, we built a new version of the scene with his teacher. The therapist’s role here is to stay out of the way and trust the client to know what they need.

So I asked simple questions like: “So what would happen next?” and occasionally recapped the scene so far. This recap helped Darren to stay in the flow of the new story and provided some thinking space.

The goal is to ensure that Darren emerges with all the feelings and beliefs he identified. So I would sometimes ask questions about the new scene with those outcomes in mind. For instance: “If you had been able to say your piece, what might you have said?”

The scene is built conversationally and gently, step by step.

Once the scene was complete, I recapped the beats of the scene. He confirmed that this was the scene he needed.

I invited Darren to close his eyes and fully experience the new version of the scene in his imagination, giving permission to take his time. As the therapist, I sat quietly at this point and waited for Darren to finish and open his eyes.

Once the scene had been re-imagined, I asked Darren how it felt to experience. I checked in on the feelings in particular. For instance: “How is your chest feeling?”

He reported improvement right away, saying it felt much looser.

I went through the other outcomes to check that the scene was successfully giving Darren the experience he needed. Darren expressed some misgivings. There were aspects of the scene that were not hitting the mark.

For instance, he had expressed his frustration and anger to the teacher, but that brought some fear for Darren. Would he pay the price for speaking out?

So we tweaked the scene. “What would need to happen in this scene for you to know that you were safe and there would be no bad consequences?”

He replied that he needed the teacher to fully understand what he was saying and verbally back him up. So in the new scene, the teacher has a lightbulb moment where she gets what Darren is telling her. She switches and explicitly takes his side.

It is worth noting that this part didn’t happen smoothly. At first, Darren couldn’t imagine the teacher saying anything positive. But I reminded him that this was his scene now. He can have them say anything he needs them to say. He was in charge.

Sometimes, clients need a gentle reminder that the scene can be however they need it. In this case, he needed a supportive teacher who heard him and backed him up. So that’s what he got.

Darren closed his eyes again and experienced this tweaked version of the scene. This time, he noticed an urge to stand up within the scene and walk out of the imaginal classroom. These impulses to move within scenes are common. It is a good idea to invite such movements when constructing the scene.

When a situation does not feel safe, we can suppress our impulse to move or to speak. The nervous system protects us by becoming “scared stiff.” It judges that it will be safer for us to edit those impulses. This is not a conscious decision any more than it is a conscious decision to jump when startled. The nervous system takes over in our defence.

There may even be some actual physical restraint in the original event. If so, it was impossible to move even if the nervous system had mobilised differently. Either way, we feel less safe without these impulses available as we are unable to defend ourselves. Imaginally releasing those movement impulses is itself a powerful mismatch experience.

Darren closed his eyes and reimagined the new scene with the added movement. When he opened his eyes again, I checked in on his feelings and whether the scene felt complete or needed some more tweaks.

Darren really enjoyed the new scene and felt it was complete. He reported feeling good and was chuckling at the experience. At this point, the scene has moved from draft to finished product.

We were now at a place where he had experienced a genuine mismatch experience. As such, the brain pathway was now open and ready for rewriting.

I invited Darren to imagine the new scene two more times. This is because memory reconsolidation only occurs in the repetition of the mismatch. Had I have ended the session without repeating, no overwrite would have taken place. Darren would be in the same situation as before. The repetition is the step that erases the old trauma response.

Darren continued with therapy over a two month period in order to verify that the desired changes had occurred. The change was transformational, indicating that memory reconsolidation had taken place.

He had not broken down since our session. He felt assertive and able to express himself. A new colleague who hadn’t known Darren beforehand even expressed admiration for how confident and boundaried he was. His relationship was going well again. Crucially, none of this was taking any effort from Darren.

He eventually decided to book a session for six months in the future, just in case. If the changes remained he would cancel it the week before. Six months later, Darren contacted me to cancel his appointment, reporting that the changes had lasted.

In this article, I have presented the case study of Darren. He came to therapy because he could not express himself and was breaking down in tears several times a day.

By focusing on the bodily sensations, he was able to draw a link to a traumatic time in childhood. He was bullied and his protector, the teacher, turned on him too.

We identified how he would like to feel instead. We constructed a scene designed to create those feelings.

At first, Darren’s experience of this new scene was a little off. The first draft was close but there were still feelings of threat and danger. Similarly, he noticed an urge to release suppressed motor impulses. So that was incorporated too.

Once the scene was tweaked, the imaginal experience gave him the feelings he needed. The mismatch experience had taken place. The brain pathway was now rewritable.

The final step was to invite Darren to run through the imaginal experience two more times. Repeating the mismatch is the step that overwrites the old trauma responses with the feelings from the imagined scene.

Following memory reconsolidation, Darren no longer experienced these issues. Follow-up was for eight months – two months in person, and six months later when he cancelled an appointment that he no longer needed.

The changes that memory reconsolidation bring are lasting and need no effort to maintain. Darren’s changes met this standard.

Biologically, the brain needs specific steps in order to trigger memory reconsolidation. This is an example of using imaginal work to match those steps, and so create transformational change for the client.