The importance of autonomic spark in imaginal reenactments 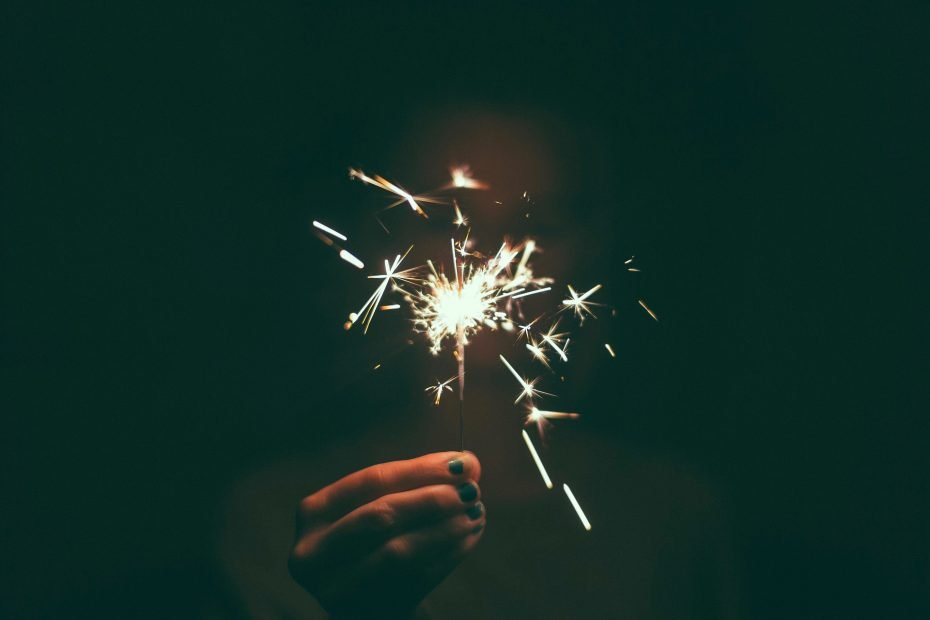 There are many ways to trigger memory reconsolidation. It can happen conversationally, where the client bumps into a mismatch that causes a prediction error.

It can happen spontaneously where the client, maybe not with a therapist at all, notices a mismatch and has a eureka moment.

It can happen imaginally, where the therapist guides the client into imagination.

There are many ways to work imaginally. One way is through imaginal reenactment. This is where an old scene is imaginally reenacted in the client’s favour.

In this article, I’ll be looking at:

By the end of the article, you will know how to select scenes for imaginal reenactment, which aspects of the original scene need to be kept, and which need to be reimagined.

In his paper Clinical Translation of Memory Reconsolidation Research, Bruce Ecker recounts a case involving one of his clients.

The unnamed client, who I will call Denise, recalled a terrifying car trip with her drunk father. She was 8 years old. The car was careering all over the road at speed. She saw that they were headed for a bridge. She felt the car graze the railing. At that moment, she believed she was going to die.

Her body’s response was to go into shut down. She felt helpless and her body froze stiff.

In the imaginal reenactment, Denise screams at her father to stop the car. When he continues anyhow, Denise opens the car door. This leads Dad to hit the brakes and pull over. In the imaginal scene, Denise can then safely get out of the car.

There are a number of questions here that deserve some exploration.

For instance, why not just reimagine that Dad wasn’t drunk and that the car journey was uneventful?

Why did the imaginal reenactment still have Dad drunkenly careering down the road?

Why was the imaginal scene the same at the beginning, and why did it switch in the client’s favour only at the point that she became scared stiff and helpless?

These are the questions I’ll answer in the next section.

In this section, I will focus on a concept that I refer to as autonomic spark. Memory reconsolidation is useful to us as therapists because it allows us to erase and overwrite trauma response. The key word here is response.

A response, by definition, responds to something. The autonomic nervous system doesn’t mobilise or shut down arbitrarily (although it can sometimes seem that way).

Instead, it is responding to cues of unsafety.

Every day when my mail is delivered, I jump. It seems that my postman is skilled at not being heard as he approaches my front door. The letterbox makes a sudden clatter and my nervous system briefly moves into high alert, until I realise that it’s just the mail being delivered.

My nervous system spike is a response to the clatter of the door.

At other times, social situations can result in what Stephen Porges calls biological jarring. This is that “record scratch” moment where something that felt engaged and convivial turns into a “Huh?!” moment. In that switch, things suddenly don’t feel so okay.

It may be a partner who, as they leave for work says: “Oh, by the way, I’ll be home late tonight. I’m meeting up with my ex after work.” Both the content and the style of delivery might, for some, be a “record scratch” moment. Checking in with the body will reveal that the nervous system is now in a different, less relaxed, place.

In Denise’s case, let’s say that the problem she brings to therapy is an inability to speak up for herself. Imagine that when she is in a situation that is not okay for her, she says nothing and goes into freeze. She finds herself feeling helpless and undefended. The needs of others take precedence as she is swept along by events.

As you can see, the current issue is a rerun of the response that occurred back then. She doesn’t feel safe and she freezes.

Autonomic spark describes that moment of trigger for the nervous system. In my case, although not traumatic, the autonomic spark is the letterbox clatter. In Denise’s case, it was the terror of the car journey.

The role of imaginal reenactment is to allow the client, and the client’s nervous system, to respond differently to that autonomic spark.

As such imagining Dad sober and driving safely would not rewrite her trauma response however pleasant the experience.

Everything up to the autonomic spark remains the same. Everything afterwards goes in the client’s favour.

In Denise’s case, her nervous system kicks in when she is moved into the freeze of shut down. In the reimagined scene, the change needed is Denise’s response. So we keep whatever it was that she responded to.

This is why, in Denise’s reenactment, she still experiences being terrified as Dad hurtles toward the bridge. The difference is in what happens next.

In the new scene, Denise demands that the car be stopped. When it isn’t, she gets more assertive still and opens the door. Dad responds by bringing the car safely to a halt. Denise gets out of the car unharmed.

Ecker theorises that one of the reasons her nervous system chose to freeze in the first place was because Denise was not allowed to challenge her father. With that option ruled out, what could Denise do other than freeze?

When she entered the imaginal experience and gave herself what she needed, that childhood rule was broken. The reenactment didn’t simply give her a better imaginal moment. Crucially, it safely gave her the experience of doing what was necessary to meet her needs. She broke the old rule that prevented her from voicing those needs and boundaries.

Notice that there is a natural prediction error happening here. The start of the scene, pre-spark, looks exactly as it did. The predictive brain expects the same outcome and same response. A prediction error occurs as Denise responds assertively instead of with freeze and helplessness.

As the reenactment is repeated a couple of more times, this mismatch repeats. It naturally completes the steps for triggering memory reconsolidation: a prediction error to destabilise the old learning, and the repetition to overwrite it.

The reenactment updates not just her nervous system response but her sense of what is permitted in such situations. Both learnings are updated.

In her current life, when she is faced with new situations that don’t feel safe for her, she will no longer go into freeze. Instead, she will notice and assert her boundaries by speaking up and taking action – something she had felt previously forbidden from doing.

In this article, we have explored how to choose which elements of an old scene are changed and kept.

Firstly, we examined the case of Denise, who experienced a terrifying car trip at the age of 8. Originally, she obeyed the parental rule that forbade her from challenging her father. With that option ruled out, she froze stiff in panic as she hurtled to what she felt was her death.

Secondly, we looked at the concept of autonomic spark. This is the moment of trigger for the nervous system. We looked at the idea that the current problem she brings to therapy is a rerun of that same response.

Porges calls it a biological jarring or “record scratch” moment. Porges description may be a more suitable way of describing it for some situations that your clients bring.

The concept of autonomic spark helps you in your decision making. It helps you appreciate which possible scenes are best to reimagine. (Of course, following the client’s intuition on this is generally a good idea). If there is no record scratch or autonomic spark, there is nothing in that scene to respond to.

Once a scene is selected, the aim is to reimagine it to promote memory reconsolidation. Autonomic spark helps us decide where the scene shifts from old to new. Given that we are seeking to help the client overwrite their trauma response, we need to include the autonomic spark that they are responding to.

The concept of autonomic spark marks a division point that sets up a natural mismatch. The mismatch is the expected response implied by the old scene, versus the new response that occurs imaginally instead.

The resultant prediction error invites the brain to update the old learning. The repetition completes the update.

Finally, it is worth pointing out that although autonomic spark is important in imaginal reenactment work, it is not an essential component of memory reconsolidation per se.

A therapist and client working conversationally can trigger MR by joining the dots between two contradictory knowings. The mismatch here is not one of autonomic response, but of mismatch information. For instance, saying “men are not interested in the likes of me” while holding a Valentine’s card.

However you work, the key steps needed by the brain are mismatch and repeat. When using imaginal reenactment, the concept of autonomic spark is key to ensuring that you set up a mismatch that is effective.