Working with complex trauma and abuse 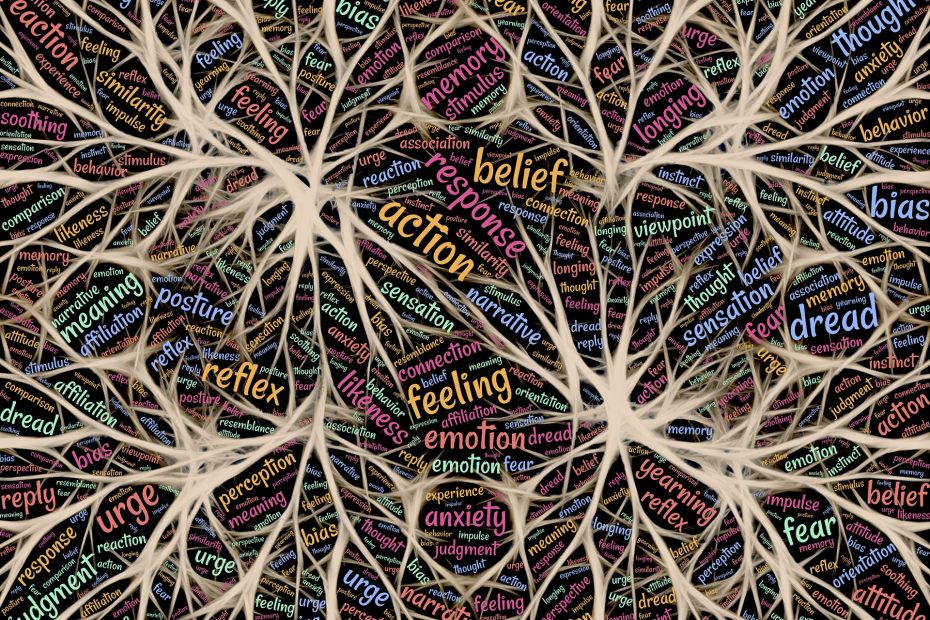 What if you are working with an adult who suffers from the effects of past trauma. Let’s say that they suffered physical, mental and sexual abuse. It shows up as major depressive bouts. Yet there is anxious distress too. At times there are departures from reality.

They reject any suggestions about mindfulness or meditation. They don’t want coping skills or similar techniques. How might you go about working with such a client, so that they experience lasting change?

In this article, I propose an approach that may be useful in a case like this.

It will cover 3 areas:

The red and blue states represent the bodily response when there is a lack of safety. It is worth emphasising that these states are involuntary. In other words, the nervous system responds independently of the client.

Think of a time you were watching a thriller on TV. Something happens that makes you jump. You did not choose to jump. Your nervous system took over in service of your continued safety – a friendly hijack.

In times of anxious distress, the nervous system is in the red state of fight or flight. The nervous system, which is sensitively responsive to the most subtle of cues, reacts to something in the now that resembles then. The client may not consciously see the link themself, but the nervous system reacts nonetheless.

At other times, they sink into the blue of shut down. Shut down is the nervous system’s response to overwhelm. Fight or flight seeks to resolve a problem. Shut down accepts that the problem is not solvable. It does the only other protective thing it can – to numb.

From this perspective, even mental departures from reality make sense.

Think of a prey animal who spots the predator. The first response will be to startle and flee. But if outpaced and caught, the animal will move into shut down because the best protection is to numb the pain.

This is as true emotionally as it is physically.

Clients who have experienced repeated abuse will recognise that sense of a problem that cannot be solved. It makes sense that their shut down mechanisms will have kicked in, and still do today. On top of that, the anxious distress they experience is physiologically exhausting.

A good starting point may be to understand the pattern of their nervous system in particular. We all have the same component parts and built in responses. But each nervous system will have learned how best to keep us safe based on our own histories and experiences.

How does this client’s nervous system operate? What are its patterns? When does it go into red? When does it switch to blue? Does one follow the other or are they separate states? How do they know that they are in red or blue? What are the bodily responses in each state?

From there, we can discover even more. When did this particular way of protecting them develop? When did these particular feelings show up? Where did the nervous system develop these ways of protection? How did it learn to protect them in this way?

It can also be worth exploring what it is like for a client, who may feel defenceless, to learn that they have an inbuilt protective mechanism that acts in service of their safety.

This kind of exploration gives you a shared language that relates to their bodily responses. For instance, “I went into blue.”

It provides a new narrative that is intrinsically about protection. It offers a new way to think about what is going on for them. It helps them tune into bodily responses as making sense somehow.

Further reading: Anxiety & Depression – How To Follow The Lead of Your Client’s Nervous System

How her response makes sense

Given the protective nature of the body’s responses, we already have an insight that her problem makes sense. We can now build on that sense-making.

We can now explore how it makes sense. We know that the client is not wanting coping skills. This reveals the ambition of the client. They don’t want to cope, they want to change.

So why have they not changed already? A key reason will be that the problem is a defence against a bigger problem.

We can explore this with the client to find out more. It will be different with every client, so disorder diagnoses will not move us forward.

Instead, we might explore how her shut down makes sense, how her departures from reality make sense, or how her anxiety makes sense. In this case, the client has stated that they want to work on their anxious distress, so this is the best place to begin.

What are the benefits of staying stressed, given that she doesn’t want to be? It may well seem a ridiculous question – something that is worth openly acknowledging. Yet there is a duality in most things, even those things that we don’t want.

So, as strange as it sounds, how might the anxiety serve her? What if she allowed herself to be the anxiety-free person she wants? What comes up as she imagines herself as a person without anxiety? What are the dangers of losing that alertness? What price might she pay for becoming the person she wants to be?

These gentle explorations will help reveal the bigger problem that the anxious distress protects her from.

This can be integrated into a statement that looks a little like this:

If I allow myself to be calm and relaxed
Then (some bad thing)
So I stay distressed and anxious and stressed
Even though I long to just relax and feel calm and centred
Because ANYTHING is worse than (the bad thing).

You can read more about how to get to this outcome by reading The Single Sentence Technique: How To Discover The Target Learning

The phrase “target learning” is helpful. It shows us the core learnings that need to be removed for change to become easy. When the nervous system remains threatened, change attempts become exhausting and unlikely.

Check out the movie in this article for an example of how difficult it is to overcome the resistance of a protective nervous sytem.

The target learnings may be nervous system associations and responses, they may be beliefs, or they may be needs that have gone unmet and craved for. They may even be imagery and flashbacks.

With complex trauma of the kind that is repeated (as in this case), there may be more than one target learning that needs to be erased.

Finding the target can be a difficult part of our work together. Issues can seem interconnected. While this can make the initial discovery more difficult at times, notice too that it makes change easier.

Three independent problems need three separate interventions. Yet three interconnected problems can all come tumbling down by dealing only with one. Think of the effect of removing a playing card from the base of a house of cards.

However it is, the process is the same with each target learning. The goal is to trigger the brain mechanism of memory reconsolidation. The effect is to overwrite trauma responses completely. The client’s ambition for change rather than coping is achieved.

One way of achieving this is via imaginal reenactments and other imaginal techniques. There are many approaches one can use imaginally to overwrite the trauma response. For instance, Daniel Brown’s Ideal Parent Figure Protocol or Goran Hogberg’s Four Way Processing.

In my article A 4 Step Road Map For Imaginal Re-Enactment Work, I outline one of my preferred ways of doing this kind of work. But it is only one way. Such reenactments can occur on original scenes. The client imaginally reenacts the scene completely in their favour.

Obviously, this approach needs to be done within the client’s window of tolerance. It is important to give the client choice over whether this process is right for them at this time. One needs to set up ways to ground and support your client too.

If the client does not want to return to an old scene, they can do the same kind of work on present-day manifestations of the problem. For instance, they might choose a time in the last week where the anxiety was particularly present.

These imaginal approaches give an experience of their needs being met. It interacts with, and mismatches, the feelings and conditioned associations stored in implicit memory. The end result is that the client remembers what happened, but it no longer carries any charge. The nervous system is free to operate in the here-and-now reality.

Of course, imaginal techniques are not the only way to trigger memory reconsolidation. This means that you can choose the best approach for your particular client.

For instance, it is common for the “Single Sentence” to trigger a mismatch, especially if the client takes it with them and checks it through the week. Noticing their core belief as they live life can throw up some incongruities. These can result in the client rejecting the truth of the single sentence by the time you next meet.

At other times, conversational approaches within the therapy room may produce mismatch experiences.

When working with complex trauma of this kind, the nervous system is a mine of information. Inviting the client to view their responses through this polyvagal lens can bring many insights.

It is also part of that core assumption that the problem makes sense. It is a defence against a bigger problem. Until that bigger problem is resolved, it is still needed and so is kept hold of. The Single Sentence Technique is one example of digging deeper into what this bigger problem might be.

Once the target learning is identified (or maybe multiple targets) we can then go about finding mismatch information.

This can show up during a therapy conversation. It may occur spontaneously as the client compares their core belief with their current lived experience. It may be a mismatch that is deliberately created through imaginal work.

Once that mismatch experience lands and is repeated, the brain mechanism of memory reconsolidation overwrites the old trauma responses. It is replaced by the new, wanted responses instead.

From that point on, neuroscience tells us that the change is permanent and effortless for the client. Change occurs at a nervous system level, so the polyvagal system behaves differently going forward.